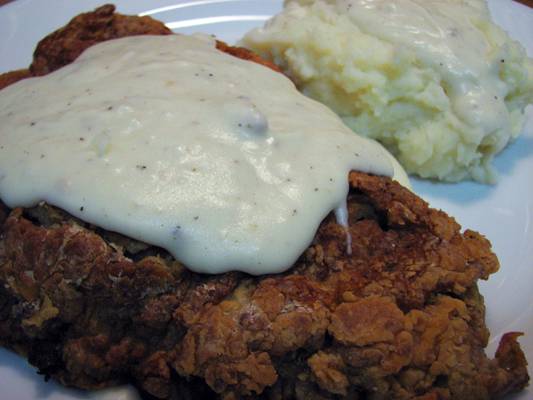 White gravy is a staple of Southern cooking. In the South and Southwest we use it to top everything from biscuits to French-Fries.

Every family has its own unique method of making gravy, and most families will tell you theirs is the best gravy ever made. (They’re all right, by the way. It’s a family thing.)

White gravy is very similar to a french white sauce, or bechamel, but there are differences. Important differences.

Bechamel is a thin sauce and is classically made with butter, flour, milk, finely chopped shallots, a pinch of nutmeg and white pepper.

Southern style white gravy is much thicker, is usually made from pan drippings or lard instead of butter, never uses onions or nutmeg, and always uses cracked black pepper. It’s even called pepper gravy in some places. 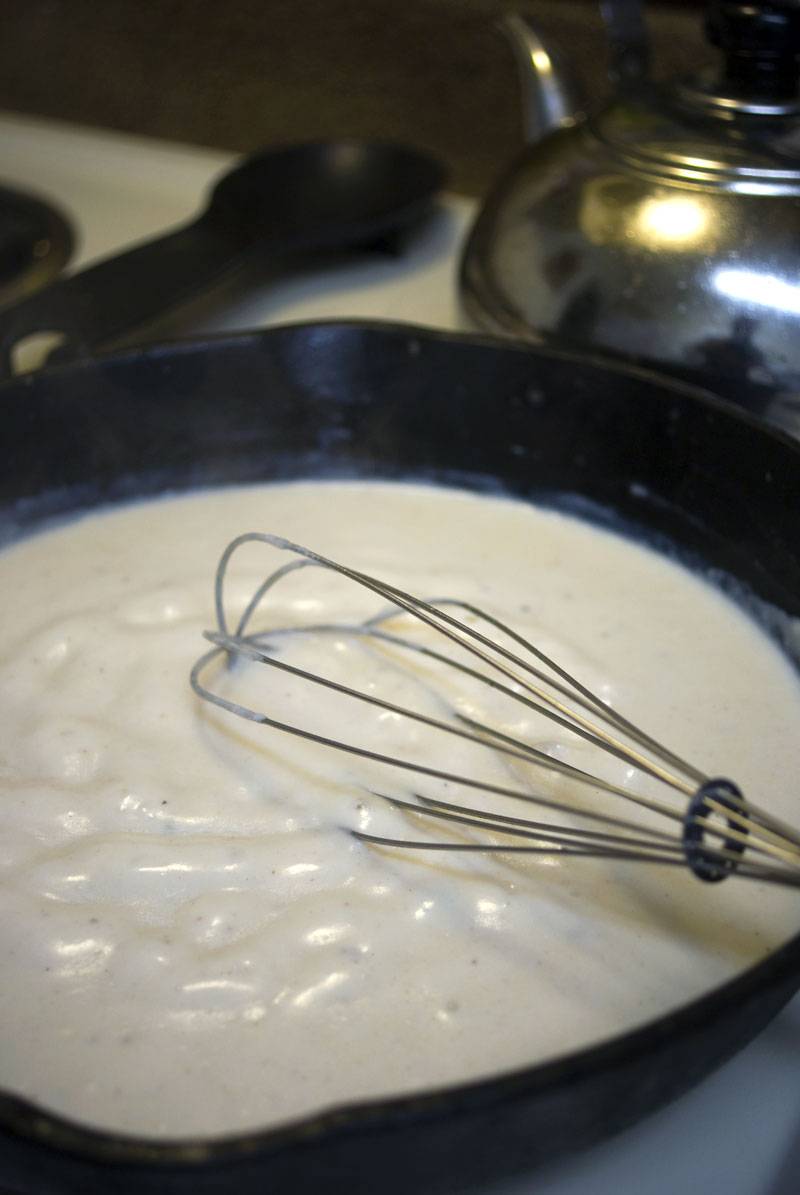 Then there’s the stuff you get in restaurants across the country. They try to get it right, but often fail. There are reasons for that.

Primarily it’s the need for gravy made in a large batch to be able to hold well across a shift. It can be good, in some cases it can be great, but often it isn’t.

A restaurant usually can’t make gravy to order. That’s a shame. But at home, you can, which is why butter is perfectly acceptable in this situation. The shortfalls of a restaurant environment don’t exist at home, and this white gravy is sure to make even the staunchest southern gravy enthusiast happy.

This version is based on the classic bechamel and uses butter for those of you who can’t use bacon fat or lard, but with distinct differences, so pay attention class!

First, melt 5 Tablespoons of butter over low heat.  Then turn up the heat to medium high until it just starts to brown. 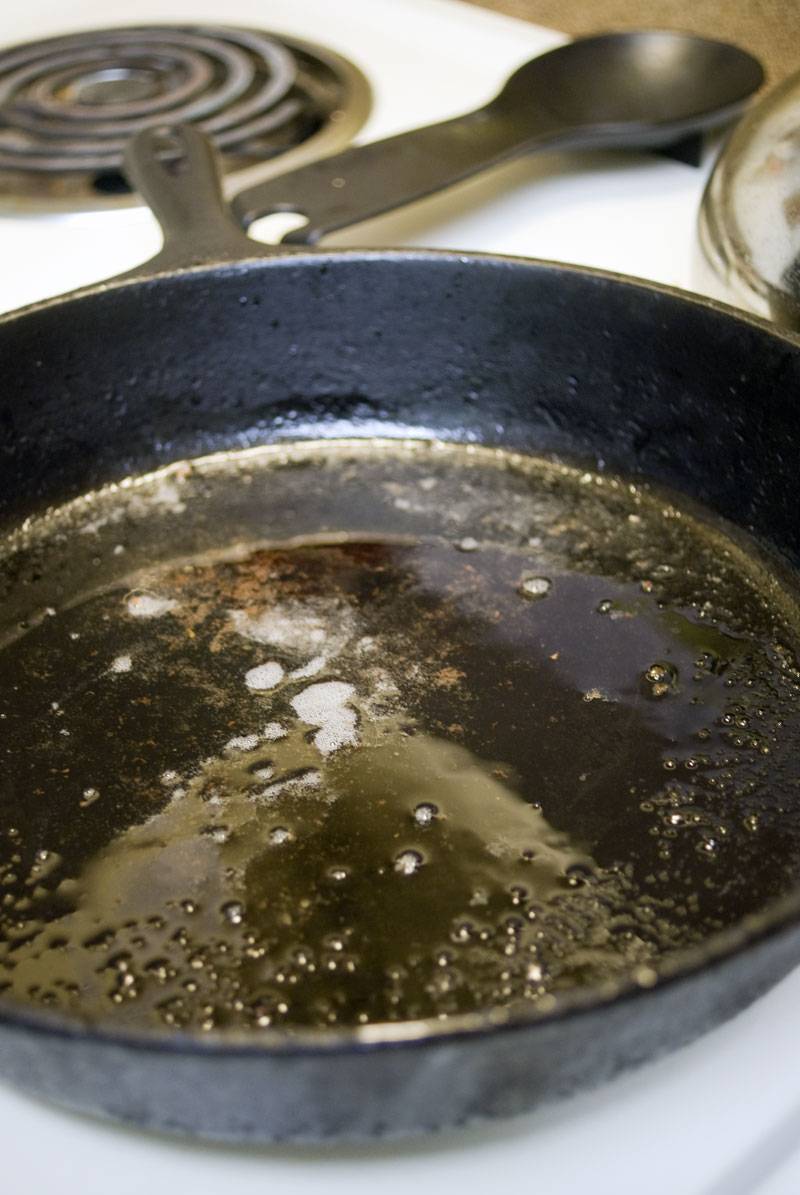 Then add in about 4 Tablespoons of flour. All-purpose is fine. I’ve never needed to use anything else for this gravy. (Whole wheat flour is a bad idea, though.) 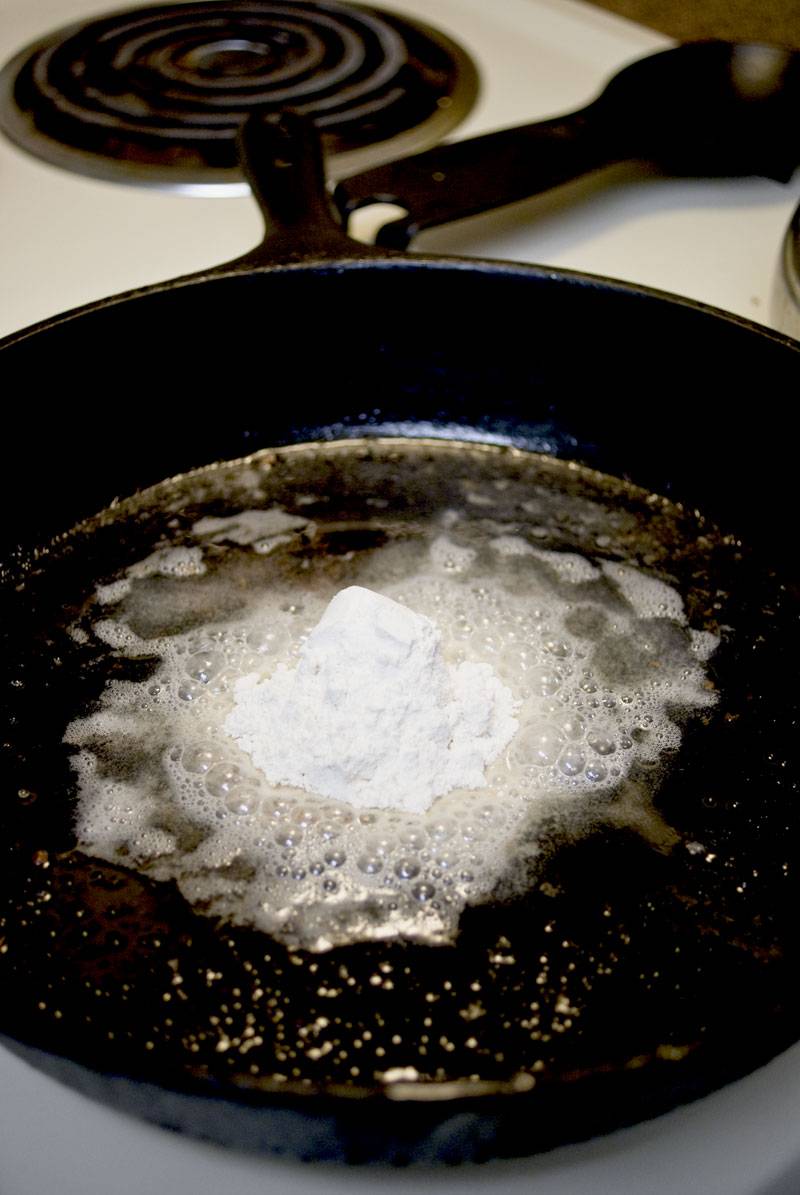 Whisk the flour into the melted butter, then add some salt and pepper (Black pepper. Southern Gravy has black specks in it. It’s supposed to!).  Keep whisking the flour until it’s a deep tan color and smells nutty. 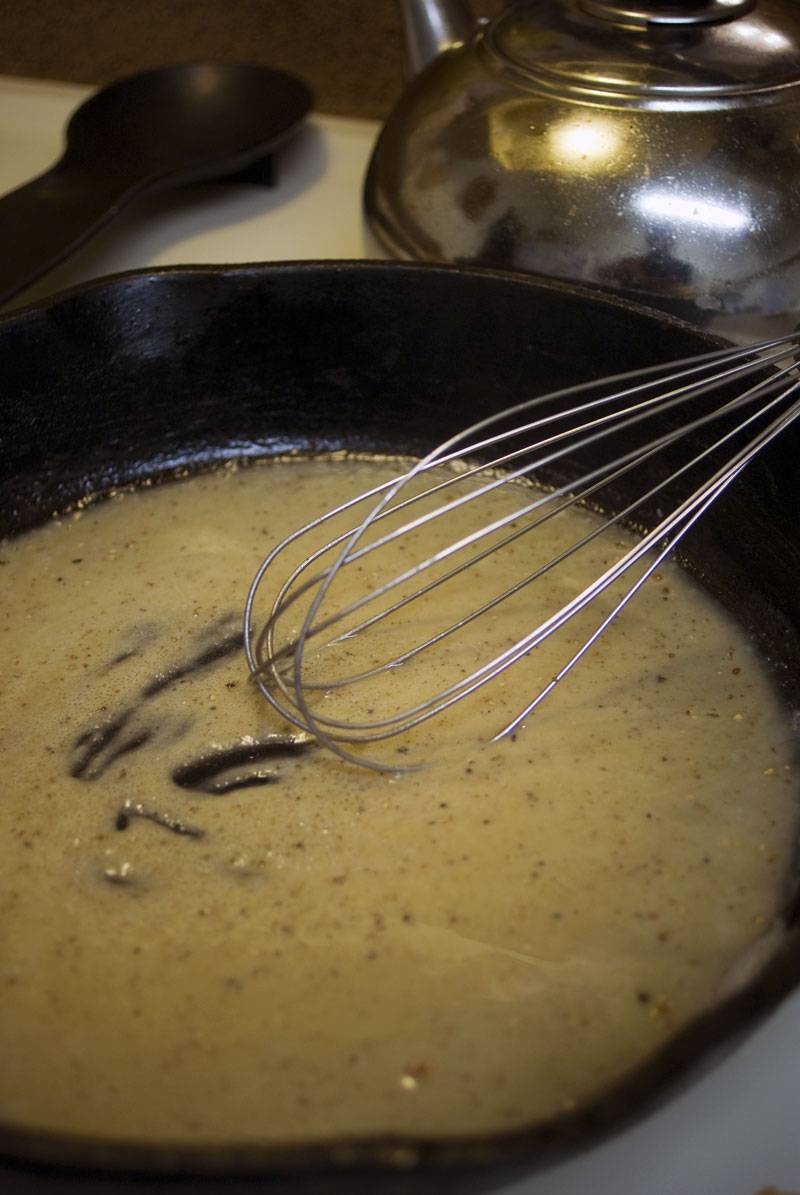 Now it’s time to add in the milk, stirring constantly. I add mine in a bit at a time, until the gravy is where I want it, which in this case, was here:

Note… White gravy will keep thickening after you’ve made it, so it should always be made when it’s needed. If you have to make it ahead, make it a LOT thinner than you think you’ll need it.

And there you have it, folks. The South’s answer to all your problems. Perfect white gravy, just waiting to be slathered on something… Like biscuits.

If you want a hearty white gravy that you'd find in a good Southern restaurant, but you don't have or don't want to use bacon grease, then this is the recipe for you!

If you like your gravy with a kick, feel free to add a dash of cayenne powder or ground chili. You may also add cooked sausage, cooked bacon or ham if desired.

Enjoy. This is the good stuff.

This is a very basic white gravy recipe and one that allows your own personal preferences to shine. In the South and Southwest, every family’s gravy is just slightly different. And yours will be, too. That’s perfectly OK. It should be. Have fun making this recipe your own!