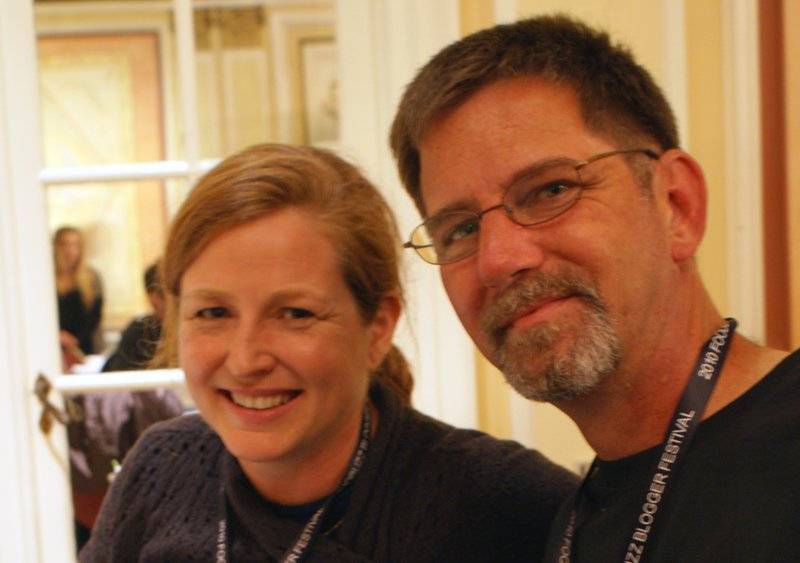 Yep, that’s me, Jerry. (I’m the less attractive one on the right) With my dear friend Elise Bauer. Taken at the FoodBuzz Food Festival, San Francisco, CA 2010 – Welcome to Uncle Jerry’s Kitchen!

Welcome to Uncle Jerry’s Kitchen. We’re glad you stopped by.

Hi. I’m Jerry Russell, otherwise known as Uncle Jerry, the “Cooking by the seat of his pants guy”, and in certain circles I’m known as “Super Chef.” (That last title was given to me, and I’m still a more than a little uncomfortable with it.) Thanks for taking a moment to learn more about Uncle Jerry’s Kitchen.

This blog is dedicated to the love of food, family, and time spent at the table. The recipes you’ll find on this site are, unless otherwise stated, made by either myself or my family. They aren’t necessarily tested and perfected, as are the recipes on other blogs. Since I document each step taken when we’re cooking, I’m pretty confident that the dish will turn out great in your kitchen as well. If the dish flopped, or is lacking, then I’ll come back to it later.

This blog is a personal journey in food, recipes and cuisines. I’m not afraid to cook (almost) anything and I love foods from all cultures, but my specialties are Southern Foods and Asian cuisines, both of which are dear to me. My wife is the queen of stretching things out and has a background in Puerto Rican cookery, she also spent a year learning how to cook local food in Turkey, so we  put some pretty interesting stuff on the table.

If you try one of our recipes and would like to leave your opinions, please feel free to do so. We love hearing from you. After all, you’re the reason we’re here.

Now here’s the rather long tale of how we got where we are today.

How it all started:

To be honest, I was pestered into it. My wife noticed that I never made the same thing in exactly the same way, which bothered her, since I could never recreate something she loved. She told me to start writing my recipes down, and in January 2007, this blog was born.

Since that time my wife and I have created and shared several hundred recipes. We’ve gone through many different incarnations since we started. What began as a category on my personal blog became a blog of its own, and for 7 years, we published recipes on a blog called “Cooking by the seat of my Pants.”

I’ve met a lot of wonderful people on this journey. Extremely talented cooks that share the same joy and passion for food that I have. I learned the joys of belonging to a community that doesn’t judge based on education, economic status or position in the industry. Basically, food bloggers are a family, and I’m happy to be a part of it. 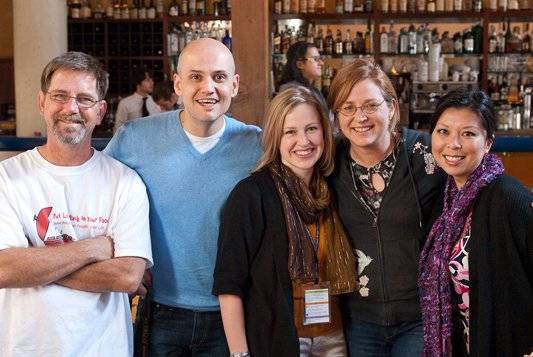 Cooking by the seat of my pants (later just cbsop.com) took off at an exponential rate. It quickly grew from a hobby to a full-time passion and part-time career, racking up several million visits over the course of a few years. Through all of this, we strived to create or reinvent recipes and to perfect the art of cooking on the fly. It was fun, it was exciting. It was always an adventure. At least in the beginning.

By Mid 2012 I had began to feel boxed in by the name, and by the expectation that I had to create something new every time I went into the kitchen. There were recipes I wanted to share that didn’t need to be reinvented or recreated. And anyone who cooks for a family full-time knows that it’s not always a good thing to have something entirely new on the table every night, especially not with picky six year-olds in the house.

I stopped writing for the most part. Only forcing posts out when I could find the energy. And those recipes, while good, still lacked the enthusiasm of recipes written before them. Cooking by the seat of my pants had become a business that did nothing but take time, effort and money. The focus became revenue, social media shares and marketing. Not food.

In January of 2014, I told my wife I was going to hang it up. I went out and got a “normal job” and just worked. At her request, I left cbsop.com alive, but really just kind of forgot about it, writing a total of  just 4 recipes over the course of the year. And then something happened.

I whipped out a batch of hot dogs, topped them with a Frito Pie and decided I should put them up, because they looked fun. And when I picked up my camera, magic happened. 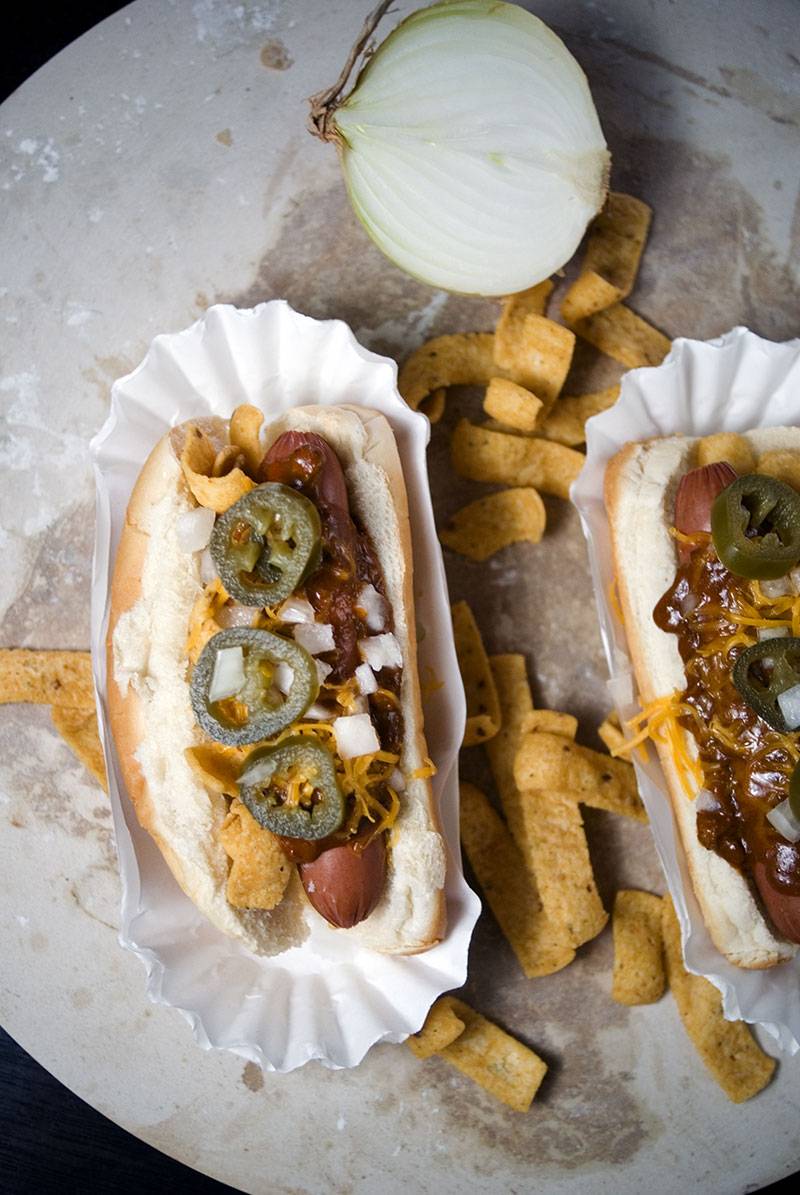 For the first time in years, posting a recipe was enjoyable. No. Not enjoyable, it was FUN.

That’s when it hit me.

I didn’t start posting pictures to blindly run around chasing marketers. In the beginning I wrote for people who wanted to cook, to try new things, to perfect the art of cooking. When I sat down to write that simple recipe, I was shaking with excitement. So much so that I scrapped all my photos, made a new batch of hot dogs and took over an hour getting the perfect shot.

It was then I knew that cooking by the seat of my pants was dead. Not because it couldn’t continue, but because I’d let it run amok. I’d let it shape my direction instead of shaping it from the beginning. It was a labor of love that had lost the love I’d created it with. I just didn’t want to be the “seat of his pants guy” anymore. Or rather, I just wanted to be myself, and Cbsop.com wasn’t going to let that happen.

I sat and talked with my wife. I told her what I thought. With the saddest smile I’ve ever seen on her face she said: “It’s about time you figured it out, idiot.”

I renamed the blog to Uncle Jerry’s kitchen because, well, I’m Jerry, I’m an uncle, and it’s my kitchen. The name says it all. Now I just make the food that I want to make, be it old or new, created by me or scribbled in the back pages of my Grandmother’s cookbooks.  There is no pressure to be something amazing, just to share truly good food with others.

We’ve copied all the old recipes from Cooking by the seat of my pants over to Uncle Jerry’s Kitchen and dumped anything that wasn’t necessary. We’ve made sure that the site works on whatever you want to view it on and most importantly, we’re glad to have you at the table. Hang out awhile. I’ll get the coffee.