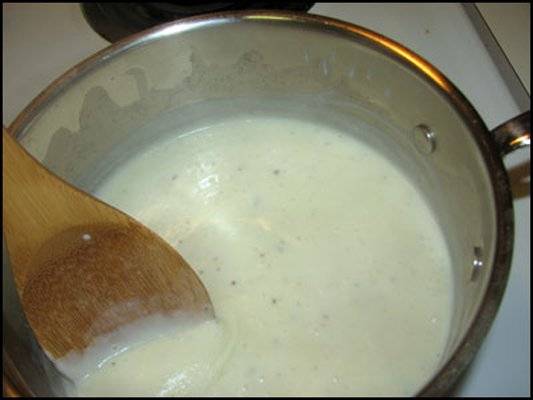 Béchamel sauce is one of the most versatile tools to have in your culinary bag of tricks. Aside from its claim to fame as one of the mother sauces of French cuisine, it is also used widely in other culinary styles as well, though perhaps under different names. (The ever popular Southern Gravy could be said to be a version of the same sauce.)

The uses for béchamel are varied, it is wonderful with vegetables, or over seafood, and is commonly used in scalloped potatoes as well. And although it’s name might lead one to think of it as difficult, it is by far one of the simplest of all the sauce recipes available.

Nothing. It’s called a mother sauce for a reason. Any changes to the recipe and a béchamel becomes something else entirely, but I’ll post more on that later.