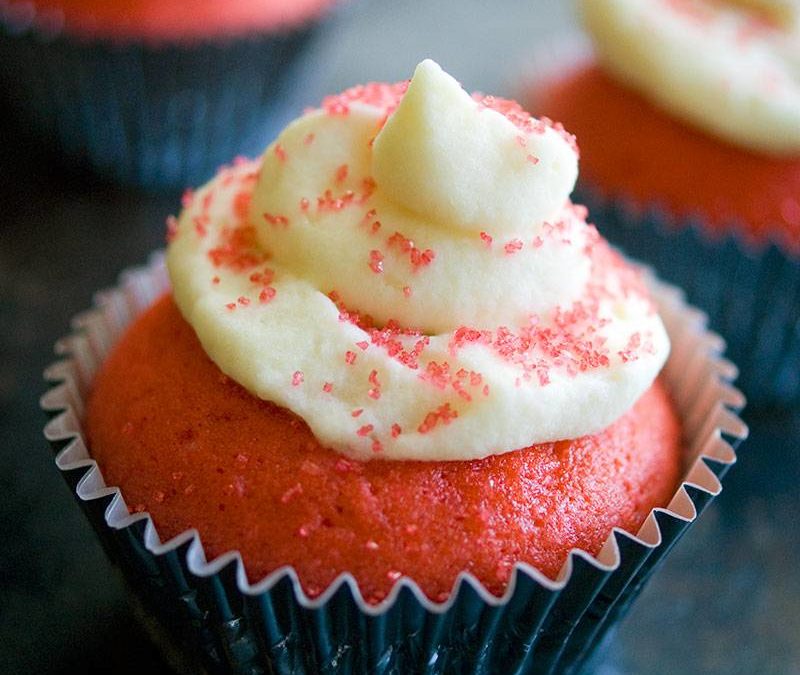 We’re here today to destroy your new year’s resolutions, shatter your dreams for a health-conscious weekend and, most likely make you forget all about any diet you’ve stuck to lately.  We have no remorse. We don’t feel repentant. The title says it all. These red velvet cupcakes are enough to shatter the strongest resolve. We didn’t call them Better Than Sex Red Velvet Cupcakes for nothing, and we’re sure you’ll agree once you’ve given them a try.

This post marks two very auspicious occasions. Firstly, it’s the 7th anniversary of the very first post that ever went live on Uncle Jerry’s Kitchen. Hooray us, we’ve been around a while! There have been ups and downs, but through it all, you’ve been there for us and we’re glad to have had you, so we wanted to share some delicious red velvet cupcakes with you as our way of saying thanks.

Secondly, this recipe was developed jointly with my wife Jessica (A.K.A. Dawn Montgomery) as a part of her recent novella, Hidden Confections (Red Velvet Christmas). It’s a steamy romance (Very steamy, as in don’t show the kids) involving a pastry chef, so she wanted a recipe included that was as decadent as the story.  We succeeded.

What makes these red velvet cupcakes better than all the others, you ask? The answer is simple. Ganache. they’re not only filled with it, but they’re frosted in it. Just take a look at the surprise that’s waiting inside these outrageous resolution killers: 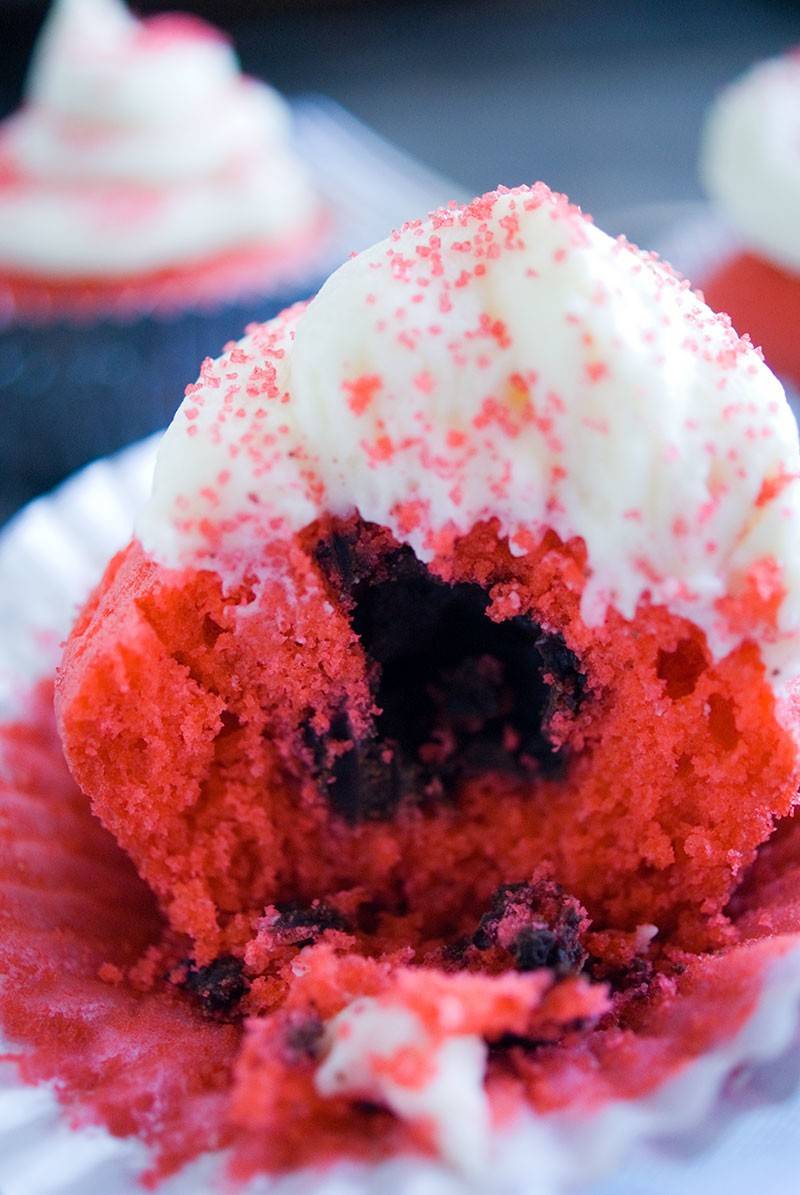 Yes, these pillowy red velvet cupcakes are filled with luscious, melt-in-your-mouth chocolate ganache, frosted with whipped white chocolate ganache, then kissed with a touch of red sugar sprinkles. This is a dessert fit for the finest table, but we feel that it should be on every table, especially yours.

If you try these and don’t think they’re the most outrageous thing you’ve ever eaten, then you don’t have a sweet tooth. Even my usually steadfast aversion to sweets shattered absolutely under the spell cast by these gems. This might just be the most irresistible sweet I’ve ever eaten.

We didn't call them Better Than Sex Red Velvet Cupcakes for nothing, and we're sure you'll agree that these chocolate-filled beauties are something you'll swoon for.

For the ganache filling:

For the White Chocolate Ganache Frosting:

For the ganache filling:

For the White Chocolate Ganache Frosting:

What we would have done differently had we thought of it at the time:

We’d have doubled the recipe. Yeah. or tripled it, maybe. You can always use more red velvet cupcakes in your life.

As I’ve said, these were a joint effort by the lovely and talented Dawn Montgomery and myself. The recipe was originally published in December of 2013 in the novella Hidden Confections (Red Velvet Christmas)

. Dawn created the Red Velvet cupcake recipe and I adapted my recipes for chocolate ganache and white chocolate mousse. The result is something so sinfully delicious that we doubt you’ll be able to hold back to just one or two, so be sure to have friends over when you make them!

Are these the best red velvet cupcakes ever made?

We think so, but it’s up to you to be the judge. Why not whip up a batch and find out for yourself why we called them “better than sex” red velvet cupcakes. We’re sure you’ll agree that if they aren’t better, they’re at least close.