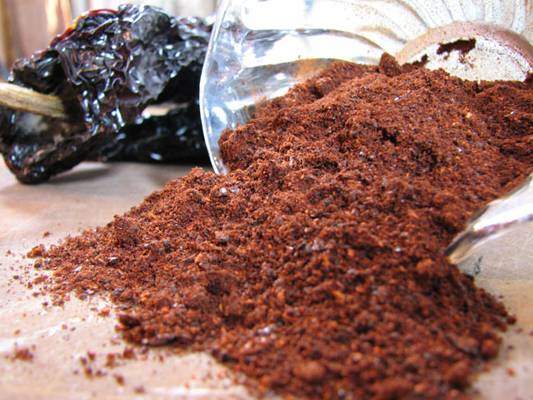 If you listen to most food magazines or watch food programming on TV, ancho chili powder is becoming a required ingredient for any pantry.  Ancho chilie powder is spicy, but without the heat of a lot of packaged chili pwders, leaving you with a subtle heat and smoky flavor that’s really hard to beat.  But what if you can’t buy ancho chile powder in your local area? No problem.  Just make your own. It’s actually quite simple, though there are a few things to keep in mind while you’re in the process.

Ancho chili’s are just the name used for smoked, dried poblano peppers.  Poblano peppers are most often associated with chili relleno, but have many other uses as well.  Poblanos have a wonderful fruity flavor and generally have far less heat than a jalapeno, even if it’s picked young. So basically, Ancho is to poblano what chipotle is to jalapeno, and the flavor is amazing.

Finding ancho chilies should not be a problem for most people in the U.S. market.  You know that BigScaryMegaMart that lurks in the middle of town?  They’ve probably got ’em.  You’ll find Anchos in a big clear plastic bag, usually on the Ethnic foods aisle.  They’re not real lookers, but they pack a ton of flavor and are useful for everything from sauces to stews.

Now that you’ve got anchos, making ancho chili powder is only a few steps away…