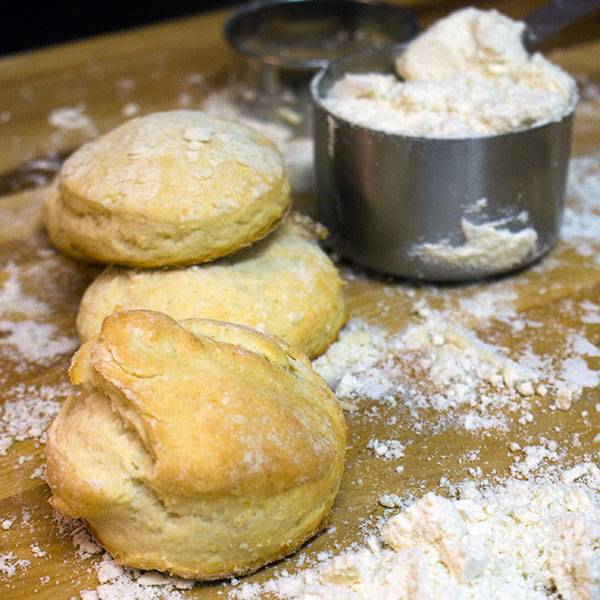 Let’s face it. Biscuit mixes like Bisquick® Jiffy® are convenient. They allow you to whip out a nearly unlimited number of recipes with minimal effort in the time it takes to open a package. You can make waffles, pancakes, scones, pizza dough, cakes and pastries in just a few minutes with these mixes. And they make pretty darned good biscuits, too.

But, as with any other packaged convenience food, biscuit mixes have their drawbacks. Some mixes contain sugar, which may or may not be needed. Others contain preservatives and stabilizers that many of us don’t want in our diets. Others contain dairy, which is a no-go for anyone who’s lactose intolerant.

Of course, there’s a simple way to keep the convenience of packaged baking mixes without the added mystery ingredients. Make your own!

Seriously, making your own DIY baking mix is just about as easy as going to the grocery store and grabbing a box. It talkes minutes to make, will store on a shelf for several months and is a direct drop-in replacement for prepackaged mixes. The bonus is that it only takes 4 ingredients that you probably already have around the house. Nothing could be easier.

The biscuits pictured below were made using this recipe for homemade mix. They were light, fluffy, absolutely delicious and, just like with a boxed mix, they took about a minute and a half to make and pop in the oven. 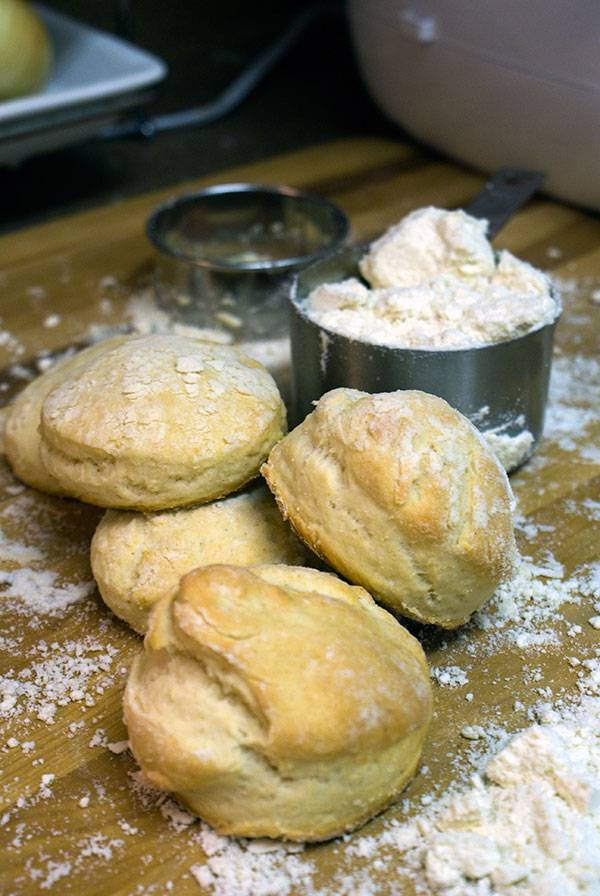 Do you have a favorite boxed biscuit mix? Do you use it just for biscuits, or it is your go-to for quick pancakes or waffles on a Sunday morning? Let us know in the comments.

In any case, try making your own and you’ll taste the difference immediately!

Adapted from several recipes across the internet. Use Lard (Manteca) if you're looking for a more savory option.

There are a myriad of variations to this basic recipe, which we’ll cover later in the blog.  The most notable is to add powdered buttermilk to the mix so that you have a ready-to-go buttermilk baking mix but, as they say, that’s another story.