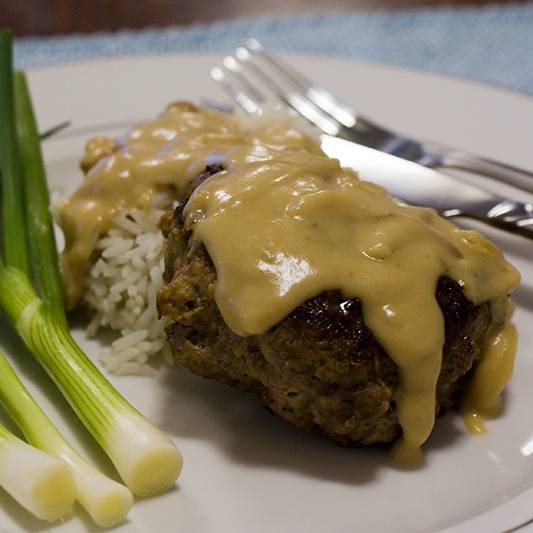 If I had to harbor a guess, I’d say that there is a good probability that this recipe is a translation of a German recipe, or at the very least has German influence. I say this because it’s a recipe that my wife’s Grandmother made to serve with meat and was generally served with green onions on the side.  This is a classic Southwestern adaptation of a Schnitzel, so we’ve got a good starting point.

Regardless of where the recipe originated, it’s a new family favorite for the boys and I, and an old family recipe from my wife’s side of the family.  Recipes like this deserve to be preserved and shared and we’re honored to be able to share this one with you.

When you need to make a meal extra special, whip up a batch of creamed onion gravy to top everything off with. It's the perfect accompaniment to steak, hamburgers, chicken fried steak or meatloaf.

Use three or four shallots instead of onions for a milder flavor, or use white onions for a richer, more defined onion flavor.

Not a lot.  I’m a fan of this creamed onion gravy and so was the family, so I think we’ll just keep it the way it is :)