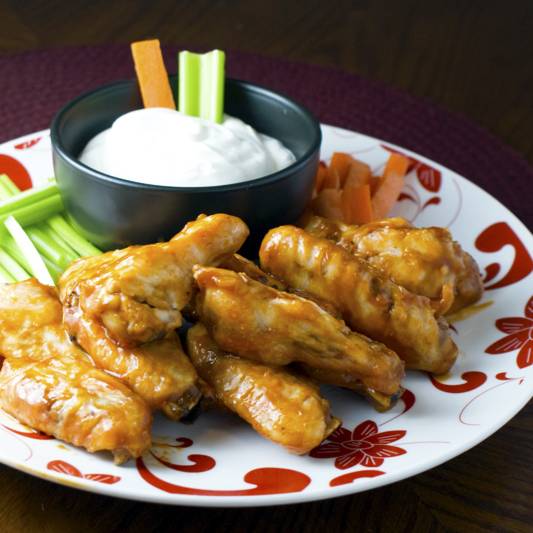 Game day is only a few days away, so it’s time for another great chicken wing recipe that’s sure to wow your crowd regardless of what team they’re rooting for.  As with the last wing sauce recipe I posted, this sauce is the brainchild of my lovely wife and the credit for these amazing wings goes to her.  On the night we made these, all I had to do was bake some chicken wings.

(Yes, I baked them rather than frying them. Not because I don’t love a good crispy-fried wing, but because we’d had corn dogs the day before and I was simply not in the mood for anything fried.  But enough of that.  If you want your wings fried, fry them. We won’t mind.)

This recipe started as a standard-ish Texas style barbecue sauce and quickly morphed into something unique.  My wife is just as talented in the kitchen as anyone I’ve ever met and she’s a brilliant seat of her pants cook, so this was a creation I was very glad to capture in the making.  My wife is not however, used to jotting down ingredients as she goes, so had I not been there to jot notes, you would not be reading this now.

Be very glad that I was. This is awesome wing sauce. So good, in fact, that I’ll be basing a few more recipes on it.

Sure, the sauce has heat, but not a lot.  There’s just enough bite to let you know it was there, so it’s good for all ages and for people who don’t like a lot of spice.  It’s sweet, with a  bit of tang from the Tabasco and  the apple cider vinegar, but not as tangy or as sweet as regional sauces I’ve had in the past.

It’s difficult to put a finger on just what makes this sauce so good.  There’s no one ingredient that stands out.  No flavor overpowers any of the others. Everything becomes a cohesive thing of its own, rather than a collection of ingredients and I think that may be what I like about it the most.

My wife makes a mean wing sauce and I get to eat it.  I like that part, too. 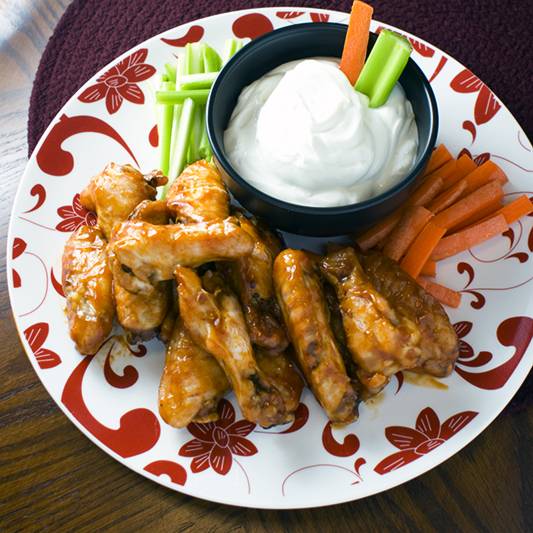 Not a lot.  If you’re looking for killer flavor that’s just a bit different from standard wing sauce, this is the recipe for you.