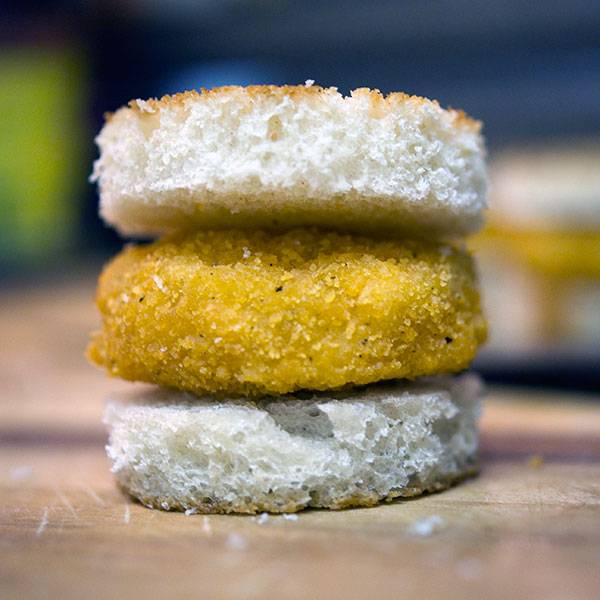 Before you dive in, I need to state for the record that I am not a doctor. I have studied the topics below, but if you think your child or someone you know has a food allergy, seek medical help. I’m not an expert.

I’m a foodie, I’m a cook and I talk about recipes a little too often for most people’s sake. I’m also the father of six wonderful kids. Two of those kids are in the Autistic spectrum but most notably, this post refers to our youngest son, Lil’ B, who happens to be mildly Autistic. Therefore, this post isn’t so much about a recipe as it is about a series of events that spawned a very strong reaction for me.

These events occurred on the same day. Both ere unrelated in and of themselves, but I’m sure that the parents of any special needs child will understand why, for me at least, they felt very much the same.

First, I ran across an article on BlogHer titled “The Cult of Organics: Is it Worth the Extra Money?“. The post itself made sense. Julie Gunlock did a wonderful job of spelling out the pros and cons of organic foods from the perspective of a normal household with a normal budget. She was thoughtful, insightful and genuinely engaging. (Great post Julie!) My issue wasn’t with her post. It wasn’t with the writing and it definitely wasn’t because of her opinion on the subject. I expressed similar views in a post titled “This is Probably Going to Make you Angry.” No, my issue wasn’t with the post.

My issue was with the comments.

Not just that people expressed that an unprocessed food diet is more healthy. I think that’s something that we can all agree on. I would be foolish to argue otherwise. What got me fuming was the tone that many of the people leaving comments took. it was as if this was their chance to educate the author on just why her statement that:

Food writers (and celebrity psudo-cooks) might consider easing up a little on the guilt so often directed to parents who might occasionally need to throw a frozen pizza in the oven on a busy night or commit the mortal sin of stopping by a fast-food restaurant (gasp!).

Was a sin against health and wellness…

Seriously? I mean… Are you friggin’ kidding me? It’s a busy world. Sometimes convenience does win out over the need to prepare from scratch. Even our family is guilty of having a package of frozen burritos in the freezer. They’re there for times when we need something fast. That’s the nature of convenience food. It’s. Um. Convenient.

The second thing that got to me happened during a conversation with a neighbor that we know only in passing. As often happens among a group of parents, the conversation turned to our kids. Just normal day-to-day stuff. Quality of schools, friends, T.V. shows and the like. Until the end, it was a pretty normal conversation.

At some point I mentioned that our youngest was Autistic, and all the “normal” was gone. In an instant i was no longer having a conversation, I was being lectured about the diet I feed my child. I was told that I should immediately remove all processed foods, sugars and probably gluten and dairy from his diet. That was sure to help his “condition.”

I was good. I was very, very good. I neither did or said any of the things that I wanted to.

What I wanted to say goes something like this:

So. What you’re telling me is that I’m only supposed to allow my 6 year old to eat Tofu, cardboard, rice flour, broth, aspartame, and the gunk you find under the desk at school? How’s that supposed to help?

I know that the woman thought she was giving constructive advice. I’m sure she probably saw or heard some mother of a special needs kid on a talk show preaching the benefits of diet, or worse, read a book by a certain pseudo-expert celeb mom on Autism. (I’m not naming names. I’ll give that book no credibility. Ever.) From the limited knowledge she had, she thought she was doing a good thing.

I’m sure other special needs parents get the same lecture.

Unfortunately, while the public loudly touts both organic foods and restricted diets for special needs kids, most people are largely misinformed in these subjects. Organic foods are only a better option when they are local, sustainable and reasonably priced. A restrictive diet is only necessary if a person has a sensitivity or allergy to certain foods. Neither are absolutely necessary for a normal, healthy life.

I’m educated on allergies. I have them. Luckily, they aren’t to food, but another of our sons did have an allergic reaction to eggs as a child and he’s a little intolerant of chocolate.  I get that people have food allergies. I know a lot of people who live gluten free because they have to, not because it’s a fad.

The fact is that less than 4% of the US population has food allergies. Of that percentage, less than 2% have the kind that leds to statements like “Oh, my! Little Janie just ate a peanut. someone call 911!” It’s usually more necessary to go find the Benadryl.

People with food sensitivities make up a far larger percentage, coming in at somewhere between 6% and 8%. That’s 8 people out of every 100. Not a staggering number.  And out of the 2% with severe allergies, only a fraction of a fraction of a percent of people have reactions to chemicals in food that cause autism like symptoms. It’s such a small number that it staggers the mind as to where the myth of diet change came from in the first place.

I do know is that it’s been around for a long, long time. My mother was told that she needed to put me on an all natural diet in the 1970’s. It was supposed to cure my “Hyperactive Tendencies”. (We didn’t call it ADHD back then.) I was put on an “All natural diet” at about 10 years old. It was the worst month of my young life, but at lest my mother had the good sense to do it over the summer so that I didn’t have to watch my friends eat “real food” while I was stuck with nothing but fruits and veggies.

If it were necessary to manage my sons diet, I would. But here’s the thing. He doesn’t have any food allergies. What he does have is a problem eating anything he doesn’t like. I’m not sure if this is a trait in other autistic kids, but Lil’ B’s aversion to eating new things is so strong that he once went two days without eating anything at all.  Just so he could avoid trying something new. That’s where the Autism comes in. If he doesn’t like it, he won’t eat. to him, somehow, somewhere, that’s OK.

We’ve gotten past the worst of that now. He’ll at least try a bite of something new when it’s offered. That in itself is a massive breakthrough. He still prefers chicken nuggets to almost any food in the world, including regular chicken, which he calls “Picnic Chicken.” It doesn’t alter his behavior at all when he eats them, which is less often than it was in the past.

So, for other parents out there with special needs kids, I have this to say. Of course we should be feeding our kids healthy foods when possible. We should make sure they have a balanced diet that provides all the essential nutrients they need. If possible and when possible, that diet should be as natural and organic as is feasible. That’s our job as parents. It’s also common sense.

If you think that your child has an allergy to something, get them seen by a doctor. Make sure it’s an actual allergy and not something else. But unless there’s a reason that your kid can’t eat something that they love, there’s no reason to take it away from them. A chicken nugget or 6 once a week isn’t going to kill most people. The same holds true of a doughnut, or a cupcake or a snack pack of chips. I wouldn’t let my kids live on this stuff, but as a once a week treat, there’s nothing wrong with them, either.

In the end this might just be something I’ve written out of frustration. Perhaps this entire post is just some form of catharsis. it’s not meant to offend or alienate anyone who has an actual allergy, certainly. I know that for me, having to listen to people who have never done research on the subject of diet and special needs makes my left eye twitch and raises my blood pressure. In this case, people need to be informed, not just follow the status quo.

So for all the kids out there who can still eat a little hockey puck shaped mix of chicken and breading, I present my son’s favorite Friday night dinner (Please note that while the nuggets are definitely processed, the bread used was homemade using unbleached flour using this recipe.):