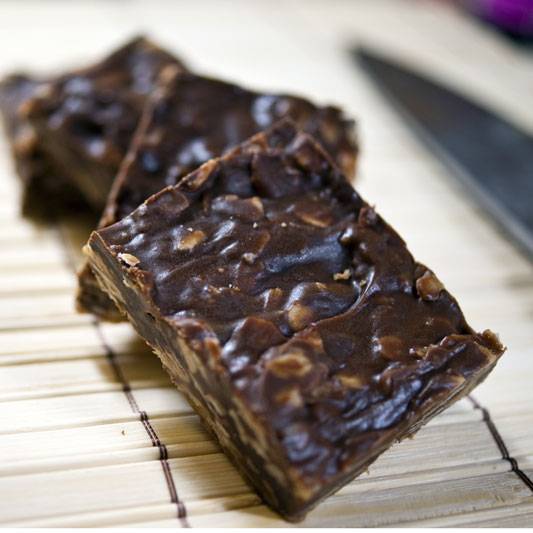 You might not have noticed from our posts, but we have picky eaters here.  That isn’t to say that our kids don’t eat well; they do, but that it can be a challenge to get them to eat at certain times of the day, or to get them to try new things.

Firstly, there’s Mr. Chicken.  Our youngest son lives almost exclusively on chicken tenders, macaroni and cheese, peanut butter and grilled cheese.  We have (and continue) to try to get him to eat other things but these are things he’s familiar with and as such are things that he’s happy to eat. Part of that challenge is that he’s autistic, part of it is that he’s a five year old. I’m not sure which of those two is the more prevalent factor.

Then we have Mr. Teenager.  (Formerly known as Lil’ E. Formerly; Because, well, He’s not so little any more.) He, for some odd reason simply refuses to eat at certain times of day, like breakfast. Or at school where people can see him. We’ve even had him to see the doctor about it.

Lately there’s been a lot more focus on finding something that he’ comfortable eating in the morning.  He’s not a fan of muffins, nor does he like hot cereals.  Sure, I can get him to eat waffles and pancakes but then there’s the issue of the massive amounts of syrup he prefers to use, which isn’t great for dental bills.

But he loves granola bars.

And so, here we are. Pretty, aren’t they? 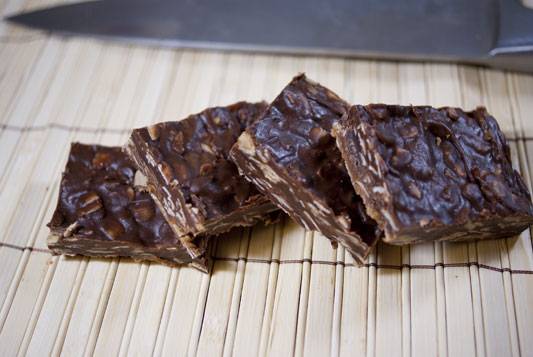 Unfortunately, these were a hit with everyone in the house Except Mr. Teenager. For him, they just weren’t enough like a standard granola bar. And they aren’t. They bear a much stronger resemblance to a no-bake cookie than they do to a chewy granola bar, which made them an instant hit with Mr. Chicken and Lil’ D., but too sweet for the oldest.

Having said that, these are fabulous. You’ll get all of the chocolate and peanut butter flavor you could ever want, with a satisfying chewiness thrown in from the oats.  It’s not what I’d call an every day grab and go meal, but these bars are a definite choice for an after school treat.

Do you have a recipe for granola bars that might satisfy the cravings of a 13-year-old who doesn’t err on the side of sweets?  if so, we’d love to hear about it.  until then, I’m back to the search for a recipe that will keep the kiddo eating in the mornings.

I should have let the mixture cool more before adding the chocolate.  Next time I may freeze the chips before I add them in so that they hold up as individual bits instead of becoming a solid mass of chocolate, but the kids sure didn’t mind.