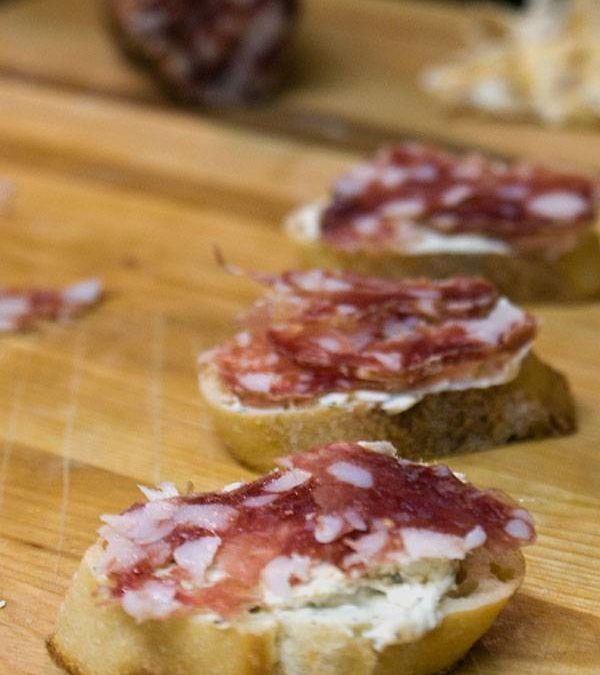 I love salami. I was raised in the Northern California wine country, so this delectable treat has been a part of my life since I was a toddler. I so love this Italian cured pork that I’ve waxed poetic about it before, here, here, and here. Salami in one form or another has been a staple in my refrigerator for most of my life. Sometimes it seems that it’s just part of what I am.

Unfortunately, Texas is not exactly famous for its salami. Worse, in this part of Texas it’s difficult to find. When the fine folks at Columbus Manufacturing contacted me to see if I’d like to receive a few samples to play with, I had to say yes.

(OK, I’ll be honest. I yelled like a little kid and ran around the house a bit. You see, I love just about any kind of Salami, but Columbus is my all-time favorite salami producer. I wasn’t just happy, I was ecstatic.)

Needless to say, when I opened the much-anticipated box to find four different packages of Columbus Salami, It was with elation. Three different kinds of salami. Sad and lonely with nobody to share their simple beauty. We’d have to remedy that, and quickly. And we did. Yes. Yes, we did.

Included in my sample pack was a 10-ounce stick of classic San Francisco style Italian Dry, two deli packs of Columbus’ new Farm to Fork uncured natural salami, and, the most intriguing of all, a stick of Finocchiona Salami, something I was completely unfamiliar with (But we’ll get back to that in a moment.)

The Farm to Fork might just be the best salami I’ve ever eaten. I just had to throw that in there. It’s good. It’s really, really good.

I wish I could show you scrumptious photos of the dry salami varieties, but honestly, we ate ’em too quickly for that.  We haven’t had salami since moving to San Antonio, and every member of the house inhaled as much as they could, as quickly as they could. But, since I’ve made a few things with Columbus Italian Dry in the past, and I happen to take pictures of what I eat, here’s a picture of something very similar to what we were eating: 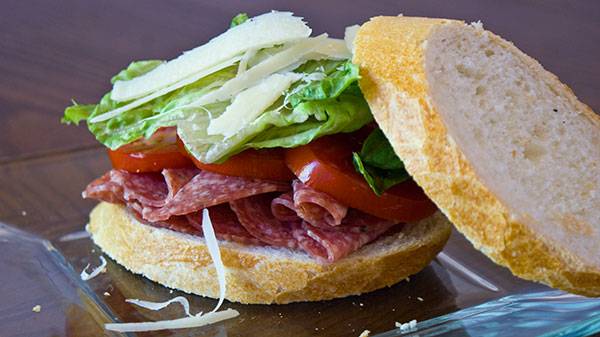 Trust me, those sandwiches would have been enough, but we also had the opportunity to sample some finocchiona, a salami made with fennel seeds. This is a salami with gusto! It’s a very firm salami with slight anise and licorice notes that make it an amazing match to wine or cheese, and cheese is what we paired it with. 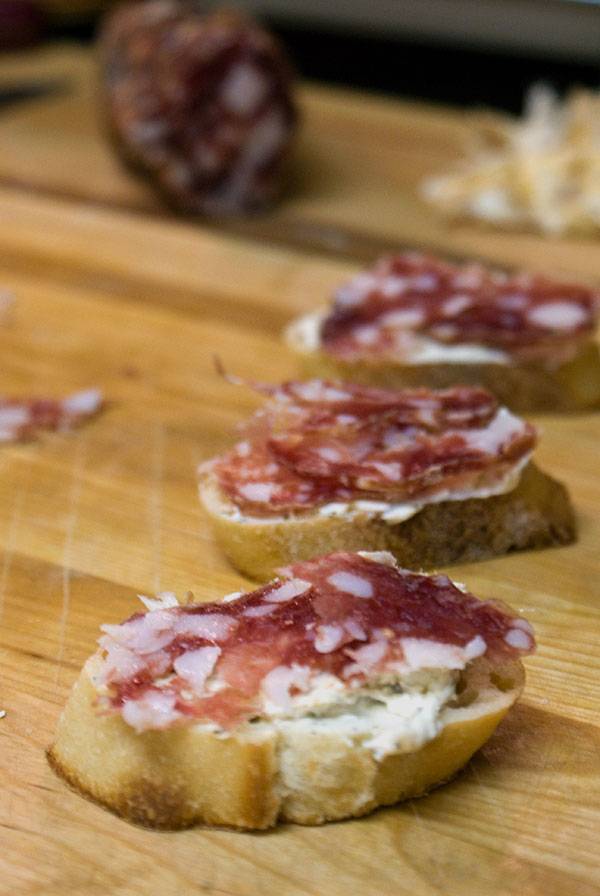 Note that when I say firm, I mean hard. This isn’t a salami you want to use in a salad or as a topping on a pizza. It’s just too hard for that. But shaved over herbed cream cheese or mascarpone, its rich flavors really shine.  Give these little bites a try for yourself!

This isn’t as much a recipe as a rough guideline for something wonderful of your own design! Variations are endless and only limited by your imagination. Add some chopped sun-dried tomatoes, olives or pesto to the cheese if you’d like. try mixing up different varieties of salami or other meats such as mortadella.  Oil the bread before toasting and rub with garlic. This is one time when it’s OK to play with your food!

Do you have a favorite salami recipe, or are you the type that just nibbles at the package until it’s gone? Let us know in the comments.