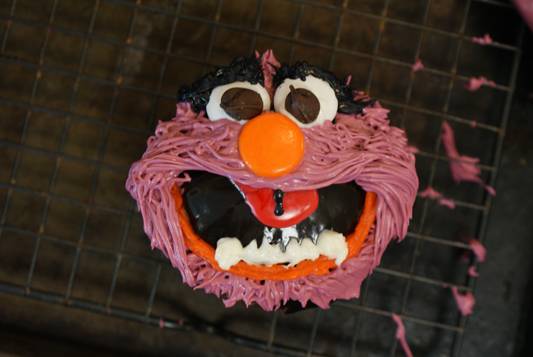 Anyone who has read anything posted here over the past few months will realize that I have an ongoing love affair with Jim Henson’s Muppets.  The Swedish Chef and the Cookie monster have already been featured here in the past, but I would be completely remis if I failed to mention the one muppet that a generation of people waited to see on television each week on The Muppet Show. Animal.

In the context of food, Animal applies only in the most Bacchanalias context. His “Everything in excess” attitude ran the gamut from food, to drums, to women… Most especially women.  Animal was, and is, a representation of the untamed side of all of us, and it is his unabashed embrace of that side of himself that makes him my hero.

So of course we had to immortalize him in the form of a cupcake.

While these treats are a bit more difficult to make than the Cookie Monster cupcakes described here earlier, they are still something that can be put together in any kitchen by anyone.  The only special equipment you’ll need is a hair/grass tip for a pastry bag, a coupler and some food coloring.  The exact list of equipmet we used is as follows:

*Note, we’re not promoting Wilton specifically, it’s just what we happen to use and tends to be readily available.  If you prefer a different brand, feel free to use them.

The trickiest part of the whole endeavor is mixing the color used for Animal’s fur, which is sort of magenta. Start with plain old Vanilla frosting.  To that, add 2 parts Burgundy Icing Gel, 12 parts Red Icing Gel and 4-6 parts violet Icing Gel. (Yep, that’s a lot of coloring, but it works.)

Next, if you aren’t proficient in using the hair tip, practice a bit on a sacrificial cupcake or cutting board.  Basically you need to use an upward pull.  Since I am not well equipped to describe this, here’s a video tutorial.

Start with chocolate cupcakes or cupcakes frosted with a dark chocolate ganache that has been allowed to set up. (We used both.) Start by piping the hair at the bottom of Animal’s mouth.  Then add a stripe of orange frosting  to show Animal’s lower lip. (We used a gel icing tube from the grocery store, no need to fill a second piping bag!) 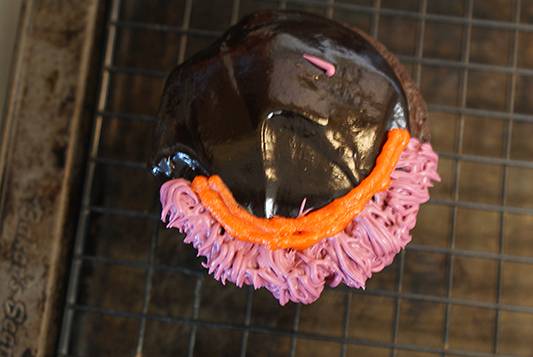 Next, Add Animal’s teeth and tongue, if desired.  (You can really leave the tongue out, but if you want to add it, this is the point here you want to do it.) Animal has 7 teeth, one centered, two small ones on either side and then two larger canines. (We research around here!)  The teeth can be added using un-colored vanilla frosting.  They are a bit tricky, so you may want to practice first. 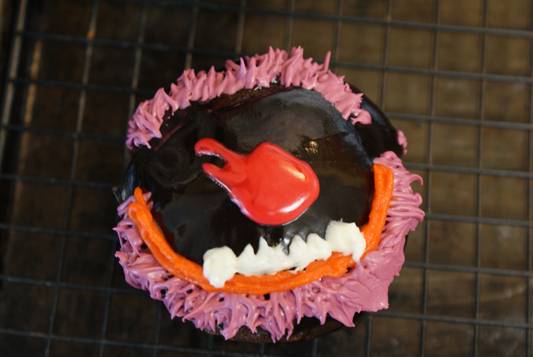 Don’t worry if the tongue looks funky, you’ll be covering most of that in a minute.  Now, finish off the fur all around Animal’s head, making sure that the top is a little thicker. (You might want to turn the cupcake for this part.) 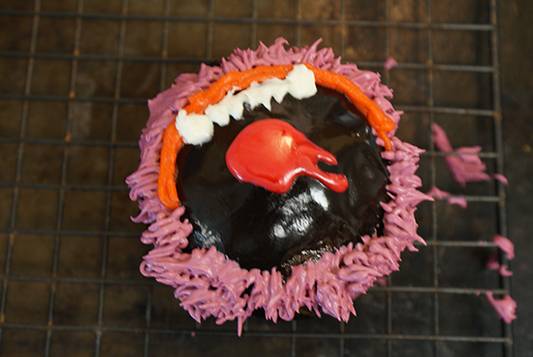 Next, place the eyes.  We used Mento’s®. Animal’s eyes poke off the top of the head just slightly and touch in the center.  Just press them in good and you’re all set. 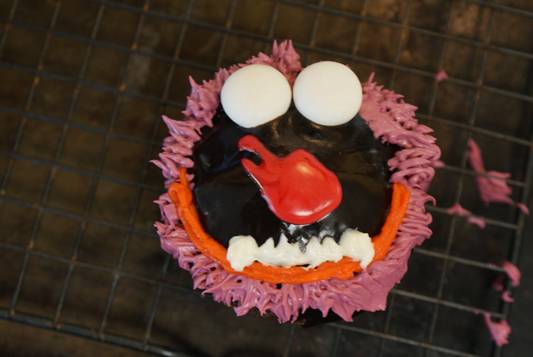 Now we start making this violet mess look like Animal.  Using the hair tip, pull long strands from the center of the cupcake that flow out and down over the sides.  These should cover the bottoms of the eyes slightly and flow right off the edge at the bottom.  (They should also just cover the top of the tongue, especially if it looks as funky as ours did!) 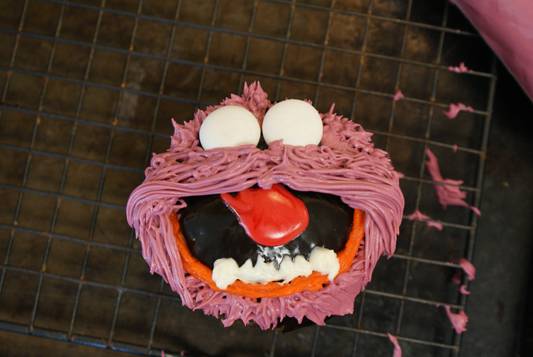 Once you are satisfied with this step, plop down an Orange Mento for the nose. 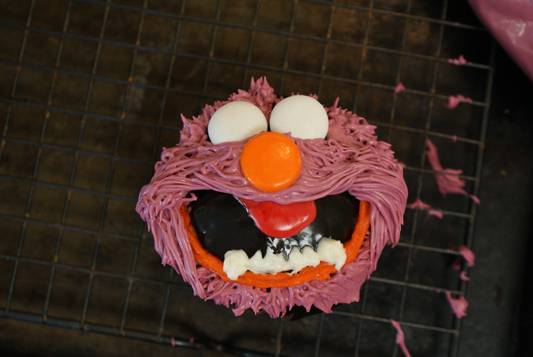 If you want your Animal to have a different expression, just play around with the design a bit. I think this one looks a bit hung over. 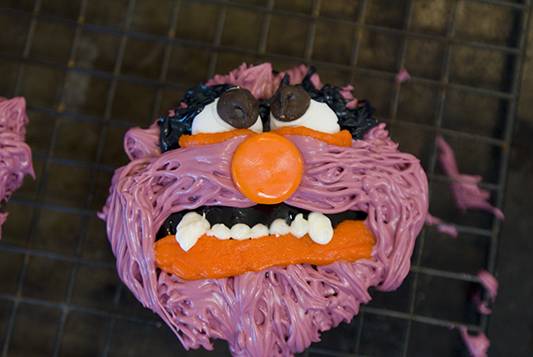 The most important part here is to Have Fun With it! Animal would, you can bet on that. 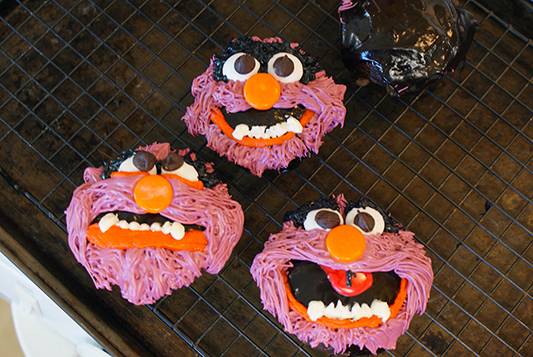 And with that, I leave you with a little more Animal on my way out.