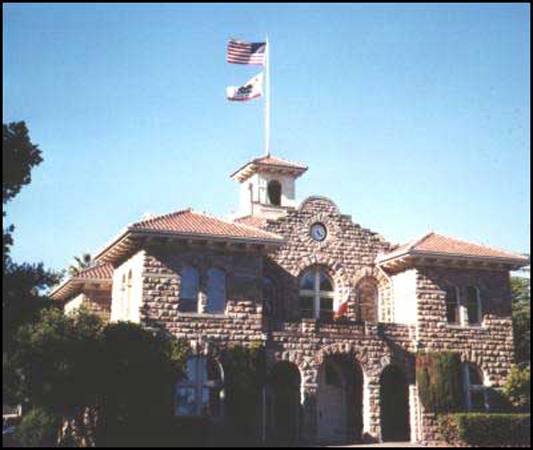 Isn’t it funny how the littlest things can get you reminiscing about the “good old days”? Some recent upheavals in our lives have had me waxing reminiscent about home. No, not the home I share with my wife, the home I left when my last relationship fell apart, or the state that I was raised in. I’m talking about the town I was raised in.

There seems to be no lack of expatriates (or “expats”) in the food blogging community. Most list expatriatism (is that a word?) as being from one country and living in another, but some have narrowed the definition to include moving from one region within a country to another. Lisa, The Homesick Texan and Matt of Matt Bites are both expatriate Texans, Lisa in New York and Matt in California. There are sites dedicated to expatriate bloggers as well, it’s a phenomenon!

I’m going to narrow the definition a bit further. I don’t consider myself an expatriate Californian. As a matter of fact, I can take the state or leave it. Don’t get me wrong, the vistas are grand and the scenery is breathtaking, but Texas has its share of breathtaking scenery, and so does every other state in the union. It’s not the State that I miss when I’m feeling down, it’s one very particular area in the state.

I’m talking about the City of Sonoma.

It’s where I grew from a child into a man, where I first experienced the joys of a fog shrouded morning and realized the beauty of a vineyard. It’s where I trekked the foothills with friends, finding the remnants of farms and homes that had been long abandoned, and wondered what stories the people who had come before me could have told if they were still there.

It’s where I first gained a love of foods other than my mother’s. Most notably from three other women, two of which I am related to, and one who would have said that I was family for a time. All three have done more to shape my culinary world than Julia, Alton, Emeril or Mario.

The first in this series of wonderful women was my aunt Thelma. Aside from getting more than my fill of sweets at her home (much to my mother’s dismay), she also used to run a restaurant on the Sonoma Plaza that was most appropriately dubbed “Thelma’s Kitchen”.

I spent many weekends sitting at her impeccably clean counter and enjoying the fruits of her labors in the kitchen (for free… she wouldn’t take my money), which included a heady array of sweets (and my favorite cookie recipe of all time, period) along with a staggering selection of “Paula Deen-esque” comfort foods, such as chicken fried steak, biscuits and gravy with mashed potatoes or her absolutely famous burgers.

The second lady to touch my life with food at a very young age was my Aunt Patsy. Though both Thelma and Patsy made the trip to California during the dust bowl, patsy discovered the Joy of Cooking and the Galloping Gourmet early in her marriage, and was a very accomplished cook in her own right. (She had the very first Jen-Air I’d ever seen, and a glistening collection of copper lined cookware hanging from the ceiling.) Patsy taught me a love of adventure in food, and that just because it was different didn’t mean it wasn’t fabulous.

The third in this string of women, though not related to me by either blood, marriage or nationality was Mary Fazio, the owner of Mary’s Pizza Shack.

Mary was our neighbor when I was very young, and my family regularly ate at her restaurant, which was the size of a trailer at best. (if you follow the link to their site, you’ll see the original “shack”, and I believe my uncle is among the patrons on the porch.) My fondest memories of Mary’s are from the age of about 5, when I was encouraged to dance on the tables to the music from her Juke Box and was handed a slice of salami or pepperoni to keep me occupied until our meal was ready.

Unfortunately, Mary ruined me for any other pizza as a child, and I now have to make the 2,000 mile trip back to California before I can indulge my pizza cravings. I’d say I was upset about this, but I’m not, their pizza is the best I’ve ever tasted, and if you have access to a Mary’s, I highly encourage a trip. (There’s one on the Plaza in Sonoma, a great place to rest weary feet from a day on the town.)

Both Thelma and Mary have left this world now, but I for one will carry their memory on to anyone who will give me a moment to gab about them.

Sonoma has grown sine I left her in 1988. What was once a town of around 400 is now a bustling community of over 9,000 (not counting the surrounding towns, which probably push the numbers into the 100,000 mark). The views are just as gorgeous, but the atmosphere has gone much more over to the “Napa Style”, which is considerably more “Wine Snobbish” than it used to be. Worse than that, no matter how much my love for the place keeps drawing me back, I can’t afford to live in a city where the median home price is $370,000.

When I met my wife and moved to Texas I expected my share of culture shock. (A whirlwind romance, ladies and gents. I met her online in August of 2005, and was moving my things into our new apartment in Wichita Falls on November 4th of the same year… It’s Wonderful!!!)

I expected to have people remark on my “accent”. (I don’t have one, everyone in Texas does.) I was ready for the ever present questions about how often I’d gone surfing. (never, most of California is farm country, or has beaches that are far to rocky to surf.)

I expected to become accustomed to more southern-style foods, but that didn’t concern me, since my family hails from Ada Oklahoma, which is in spitting distance from where we live now, and I’ve eaten good southern cooking all my life.

What I didn’t expect, since it wasn’t a problem when I joined the service and went to Illinois in the 80’s, was how much everyone’s perceptions of California had changed, or that I’d find myself on a quest for what I’d always thought were grocery-store staples.

The Homesick Texan has her quest for the perfect refried beans. I have mine as well. And no, it’s nothing that involves bean sprouts, jack cheese or avocados. (Who in the world decided that anything labeled “Californian” had to have avocados in/on it? The avocado is not a native Californian fruit, nor is it grown state-wide, and “California Cuisine” was invented by a New Jersey native, then popularized by an Austrian! C’Mon, people!)

My quest should be a simple one, but it’s turning into a nightmare. I’m beginning to understand why Lisa pines for her Tex-Mex staples, because right now I would kill for a package of good Italian Dry Salami.

It seems that if you mention “Italian” in this part of Texas, the first words out of the mouths of store owners and patrons alike is “pepperoni.” The stuff is everywhere, sliced, stick, and usually just as greasy as they can make it, but if you ask for salami, you’re pointed to the cold-cut case for a package of Cotto-Salami.

The other alternative is to pop over to the gourmet store. I can get salami there, but it’s available only in the “Hard” and “Genoa” varieties. While the hard salami has the right flavor, eating it is like chewing a rock. I won’t go into Genoa salami, as I absolutely detest it.

I had thought I was on the right track when I actually found pre-sliced dry salami at Albertson’s the other day, but the recipe is very reminiscent of Genoa, and while edible, it’s just not right.

I just want a package of Columbus Salami, and I don’t mean a $100.00 artesian gift basket from an online store. I just want the same little one pound pack that’s available in any grocery store in the state of California, and probably in Washington, Oregon and Nevada as well.

There are other foods I miss, but many of them can only be found in Sonoma. Sonoma Sourdough French Bread, for instance, can only be made in the city of Sonoma or her sister city of Greve in the Chianti region of Italy. It’s something about the climate and humidity that makes the sourdough different from any other in the world, and I make a point to bring a lot of the stuff home with me when I visit.

Maybe it’s just time telling me that everything was better with salami in my hand while dancing on a table in a tiny Italian restaurant in a suburb of Sonoma on a Saturday evening.