Greetings from Alaska – We Made It 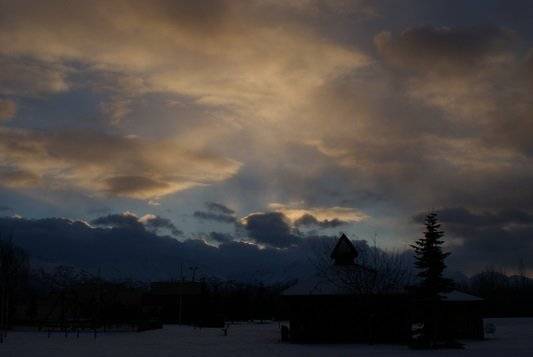 Most of you probably know that we were getting ready to make a pretty monumental move from California to Anchorage, Alaska.  Originally the move was slated for Thanksgiving, but things got more than just a little bit crazy last week.  We’re already here, but getting here was a whirlwind of insanity.  Let me lay all of it out for you.

I spent last weekend at the FoodBuzz Blogger Festival in San Francisco.  My expectation was to return to our home and get ready for a move in two weeks.  What I came home to was entirely different.  I came home to my wife.

Mind you, I’m not complaining about her early homecoming. It was a wonderful surprise, tears were shed, a flurry of hugs and kisses ensued and the day generally ended wonderfully.  The rub was that or departure date was changed to the end of the week.

In the end we got everything packed, the movers came and went and the car was packed for my wife to ferry it up.  The kids and I hit the airport for a hellish day of layovers and missteps.  To say it was a leisurely day of travel would be a complete falsehood.  It sucked.  The best part of the trip was three kids sleeping on a 4-1/2 hour last-leg and a double Jack and coke before a 45 minute nap for Dad.

But all of it paid off in the end.  We made it safely, curled in our beds in Temporary Housing and woke to the beauty of the last frontier. 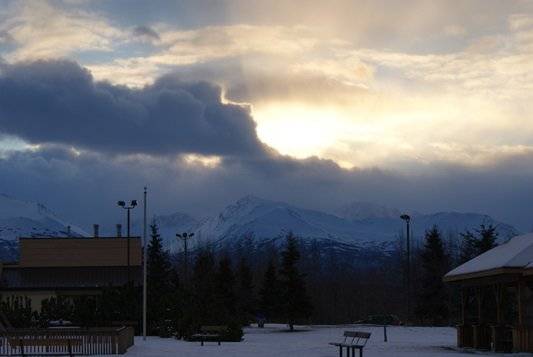 The views here are staggering.  It really is a gorgeous place, even if the temperatures are dipping into the 20’s.  For us that’s the biggest shock, considering that the temperatures in northern California were in the high 70’s when we boarded the plane. 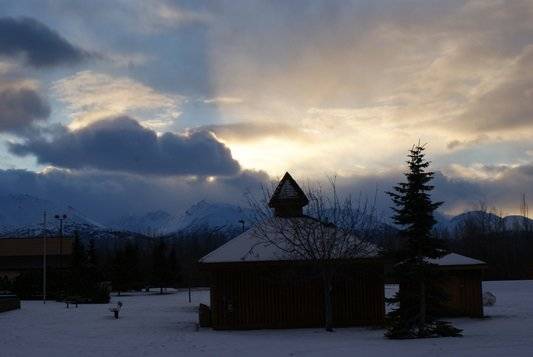 My boys are discovering snow.  For now this is the only picture I have.  I have to get mittens for the little one before I let him loose in our new found winter wonderland.  For those concerned, Lil’ D., pictured below, does in-fact have snow boots and was forced in to them moments after this picture was taken. 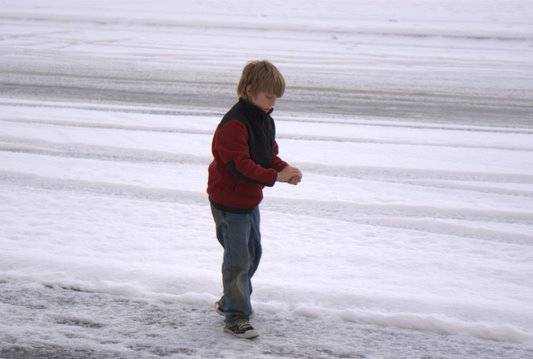 Our temporary digs are nothing much to look at from the outside, but very comfortable on the inside (I’ll post pictures of that later.)  We have a full kitchen, so there are no worries that we’ll suffer a bleak Turkey day.  We’ll whip up something, even if it’s small. 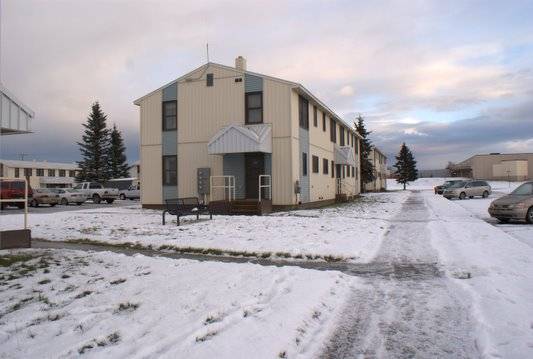 All-in-all, this has been a great experience thus far.  Mostly because of the help and support of Sgt’s Cooper and Driver, without whom we would have been stuck in a hotel room or confined to taxi service for everything that we needed.  Their help is more than appreciated.  I’ll update on the house tomorrow and hopefully post a recipe as well.

Mind you, it won’t be fancy.  The only spices in my pantry are salt, pepper and adobo seasoning.  But hey;  I’m taking in the view for the moment.  Alaska has a lot of those to offer.

Until next time my friends, remember: Food is love.  Share and Enjoy