A missing tooth and a Moment of Fatherly Doting 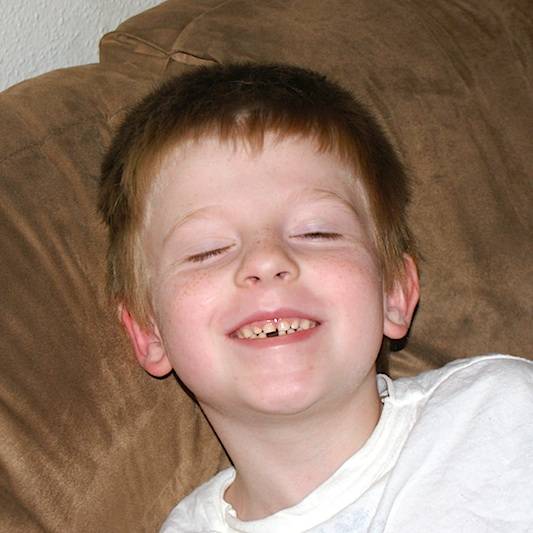 O.K. I know this has nothing to do with food. (Actually, it has a little bit to do with food, but it’s kind of secondary.) But as this is a family run blog and because it’s a blog in general, I thought I’d take a moment to be a doting father and announce that our son, Lil’B. has just lost his first tooth.

He’ growing up so fast!

So what does this have to do with food at all? Well, that tooth has been loose for some time, which made it hard for the little guy to eat some of his favorite foods, like apples.  Just as soon as it fell out, he announced loudly, “It doesn’t hurt to eat anymore! Dad, can I have an apple now?”

And of course my answer was a resounding yes.

If you’ve followed along with us for a while, you’ll know that Lil’B. is autistic.  Things like this that make him more like the other kids in his class are huge to him. Being able to tell everyone that the Tooth Fairy brought him money for his tooth made for an important and emotional day. (He over did it a little, but hey, we’re willing to overlook that.)

Also, I think he’s got the most infectious smile in the world… But then again, am his Dad.