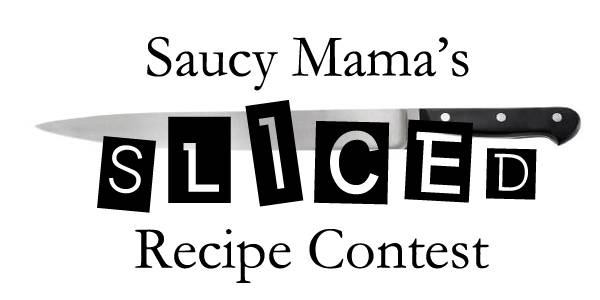 Cue Ted Allen’s voice as he turns to me and says “You’ve been sliced!”

Or that’s what he’d say if he was a part of the Saucy Mama’s Sliced Recipe contest. Unfortunately, our Chicken Soft Tacos with Black Bean and Corn Salsa weren’t enough to move us to the final elimination round against the great recipes listed below.

If this were a reality TV show, I would be off in the break room saying how I just know my recipe was better, or that so-and-so has no talent, but really, these are some great recipes and some damned fine cooks. I’m glad to have made it to the second round and to have had the chance to compete against such talented cooks.

So, Congrats to the lovely ladies who get to battle it out in the final round. You can check out their winning recipes below:

Be sure to drop by and leave them a congrats on their blogs.  I will be later today myself!